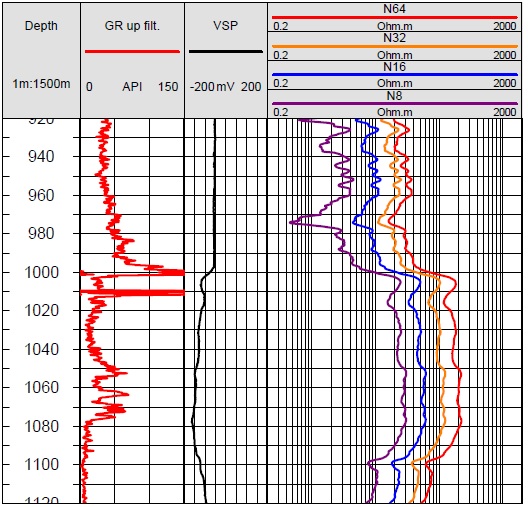 The tool works on the basis of the electrolytic conductivity principle and can be performed only in open holes filled with an electrically conductive fluid. One or two source electrodes (A and B) inject an electrical current in the rock formations while two electrodes (M and N) measure the potential difference.

Knowing the configuration of the electrodes and the current injected is possible to compute the resistivity of the rock formations, which, depends on the porosity, the type of fluid and on the content in clay minerals.

The spontaneous potential log is a passive electrical methodology able to measures the potential difference between two electrodes placed within the borehole. The measured potential is generated by natural electrical phenomena between fluids at different ionic concentration and can be executed only in open holes filled with electrically conductive fluid.