The Waterstones srl, Neumarkt (BZ), is a service company that deals with geophysical log in borehole and well. The well log technique has found great development from the ’60s and it is used to determine the physical properties of the borehole’s walls, of the fluids and of the surrounding rocks. A log is a continuous record of physical properties as a function of depth.

The Well Log provides the use of a specific tool that is lowered into the hole. The tool is connected to the surface by a steel cable that also allows the transmission in / out of the data. The cable unrolling is controlled by a mechanical winch equipped with an encoder connected to a data acquisition console and a pc. The encoder detects the tool depth.

A specific activity of the Well log concerns the use of the optical scanner OPTV inside sub-horizontal boreholes realized by core destruction technique on the advancing front of the underground construction sites (Fig 1-2). 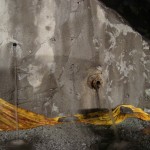 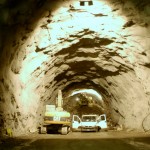 The use of core destruction drilling technique has the advantage of being performed quickly and at lower cost compared to the continuous core technique. For this purpose it is possible perform 2-3 pilot boreholes variably directed and staggered in length on the same excavation front. The core destruction technique makes the borehole walls rather irregular but doesn’t compromise the quality of the structural analysis that can be performed (Fig. 3). 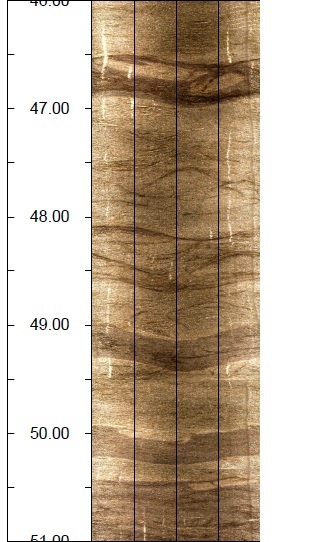 Fig. 3. Quality image detected by the OPTV optical scanner. The record was carried out inside an sub-horizontal borehole drilled on porphyric volcanic rock. Is notable the diffuse band structure of the rock and the presence of several fractures. Road tunnel excavation SS16, Laives, Italy.

The centralized tool is introduced into the borehole so as to obtain the highest image resolution, and the correct data of inclination and azimuth. The optical scanner OPTV generates an 360 ° continuous and oriented image of the borehole’s wall by means of an optical system and a conical mirror. The tool illuminates the borehole wall through a series of led placed above the optical system. The scan is done laterally and in a circular manner. The tool is able to perform a scan every 2 mm of shift with max of 720 pixels sampled from each single scan.

The obtained wall’s image is developed on the plane and oriented to magnetic north, on this plane image any cross structures (diaclase, fractures, faults, layers, laminations, foliation, etc.) corresponds to an sinusoidal tracks (Fig. 4 ). 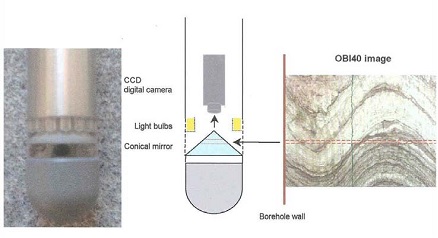 The possibility to obtain an accurate geomechanical analysis supported by hundreds of structural data (Fig. 5), easily usable and archivable, has convinced a growing number of design firms and construction companies to adopt this methodology of investigations. 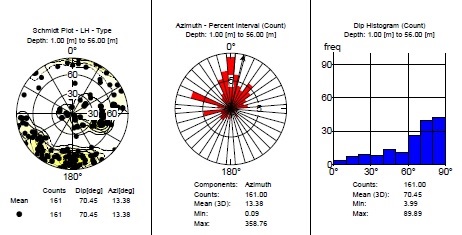 The Waterstones S.r.l. is able to perform OPTV logs in sub-horizontal borehole up to some hundred meters in length. The measure of the deviation of the borehole allows the determination of the direction and inclination of any single structures detected from the OPTV images (Fig. 6). 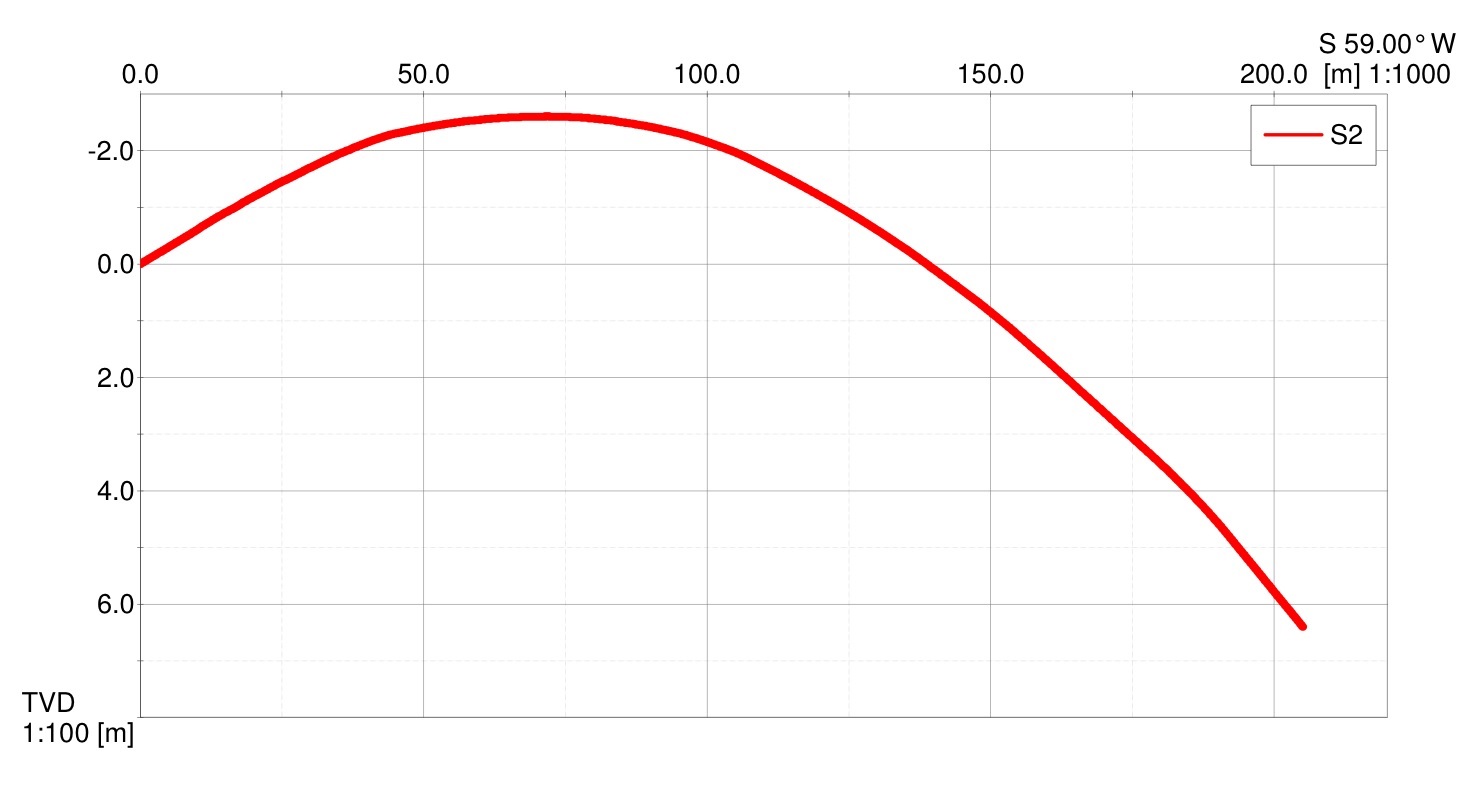 The processed data are decisive to a rational sizing of the tunnel lining, to detect fractures and cavity, to locate the main water inflow and to characterize zones with poor geotechnical characteristics such faults and cataclastic rocks. The remarkable image quality permits to perform facies analysis and recognize primary structures. The image quality is highly dependent on the cleanliness of the borehole’s wall and on the water conditions.